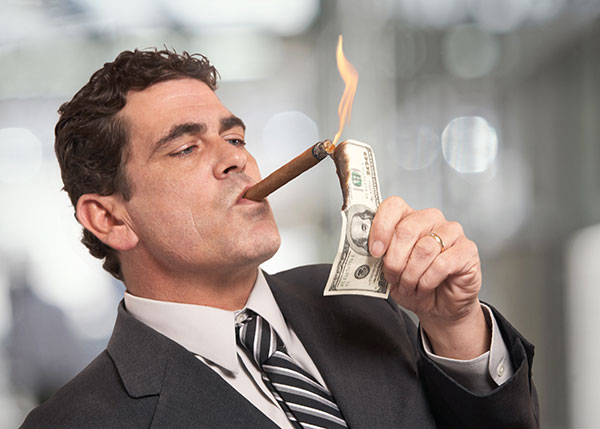 Congratulations! You did it!

Maybe “it” is getting into your dream college. Or maybe “it” is the promotion you worked so hard for. Maybe you’re finally making $100,000 per year. Whatever “it” is, you finally achieved it.

So, what now? You’ve achieved your goal, so now you can just coast through life, right?

Wrong. We all know the perils of succumbing to failure when chasing our goals – it’s equally dangerous (and less often discussed) to fall victim to your own success.

Have you ever seen a professional sports team commit to winning a championship? Sports fan or not, you’ve got to admit that there’s a lot of commitment and hard work required. Everyone – from the team’s owner/general manager, to the coach, to the players – has to be on board. The team spends months practicing and training, and they their coach keeps them motivated to win, win, win.

And sometimes, that hard work, dedication, and commitment pays off and the team wins the championship. Confetti falls, and fans go crazy. There are hugs, tears, and champagne. Parades, interviews, and media coverage.

But when the next season arrives – long after the euphoria has worn off and the confetti is finally swept up – it seems unlikely that the champions will repeat their victory. Hell, the way they’re performing, they probably won’t make it to the playoffs. Fans are disappointed and frustrated. So are the players and coaches.

Everyone seems to be asking the same question: What the hell happened?

Success happened. After busting their asses to take home the championship, the team just didn’t have the same drive and sense of urgency when the next season rolled around.

This phenomenon isn’t limited to sports teams. It happens to teachers and lawyers; it happens to stay-at-home parents and college students. It happens to actors, CEOs, electricians, and physicians. At some point in your professional (or personal) life, you reach a certain goal that you set for yourself, and you end up feeling slightly less motivated. When I left New York to attend college in another state, my goal was to become a physician. I finished college, completed medical school, and completed my residency – and then, I became an ER physician.

I did that in 2002. At that point, it would have been easy for me to sit back and rest on my laurels. I could have coasted through life as Dr. Paul Alleyne, ER physician. And if had, I don’t think anyone would have challenged that choice. But I never viewed becoming a doctor — or even becoming a millionaire — as final destination points. I choose to see those accomplishments as significant moments along my life’s journey.

If you’ve experienced success in your life and career up to this point, it’s fine to be appreciative. Celebrate. Pat yourself on the back. Break out the confetti and the champagne. And then, set a new goal. Decide what you’re going to do next. Don’t let a single victory hold you and your financial future hostage.

What about you? Is there more you can do? Are there new skills you can develop? Have you set new goals for yourself? Leave me a comment and join the discussion.