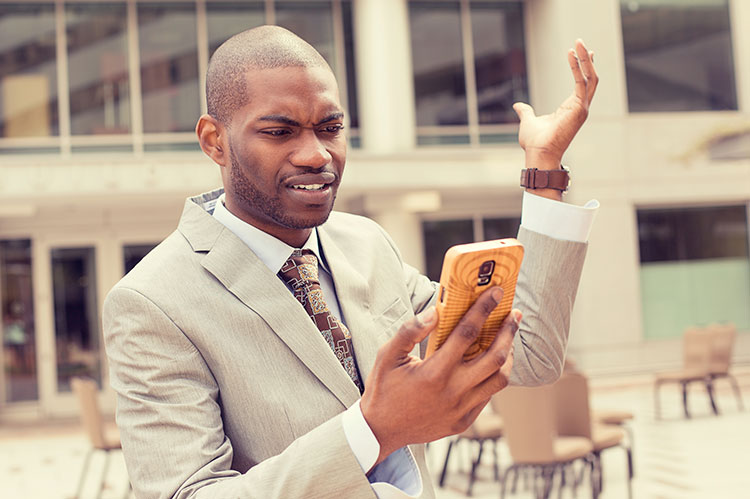 When you read my book, you will see I have no problem dropping an occasional F-bomb – especially when I’m trying to make a point (and if you haven’t read my book, well, you’ve been warned).

I took a risk with my decision to use profanity. I know that, to many people, words like sh*t or f*ck are offensive; they’re the sign of a weak mind or a limited vocabulary. I think this view is nicely summed up by Spencer W. Kimball, the former president of The Church of Jesus Christ of Latter-day Saints, who said:

“Profanity is the effort of a feeble brain to express itself forcibly.”

I don’t agree with Spencer, but I do understand where he’s coming from. Profanity isn’t polite. And, depending on your vocabulary, you can probably find hundreds of words to use instead – words that would be more accurate and less offensive. But I think that argument misses the point. When I say “sh*t” or “f*ck,” it’s not because I can’t think of any other words. It’s because, in that moment, they are the best words to express strong emotions.

If you’re like me, you’ve got two versions of yourself. There’s the self you share with your family, friends, coworkers, neighbors, etc. And then there’s the one you keep hidden; the “inner” you that you never completely share with anyone else.

Human beings are emotional creatures. Emotions, both positive and negative, are what stir us into action. Although it is extremely rare for my “public self” to utter a curse word, my “hidden” self has no problem with cursing – and my inner monologues are often full of expletives.

I don’t think I’m unique in this. If you’re reasonably self-aware, you are probably at your most emotionally honest and raw when there’s nobody else listening. You can B.S. other people all day, but it is very difficult to B.S. yourself.

That internal, no-B.S. voice is powerful. It’s emotional. It’s the voice that can keep you motivated when you feel like giving up. That voice comes from the part of you that will look around at all of the obstacles and roadblocks in your way, shrug, and say:

A black guy living in the United States has a 1 in 52 chance of becoming a millionaire. I’m a black guy. I grew up in inner-city New York, raised by a single mother. But I’m also a physician, entrepreneur, an author – and, despite the odds, I’m also a millionaire.

How is that possible? Because I harnessed the emotional energy that came from saying “f*ck it” over and over, any time something got in my way. I said “f*ck it” to the idea of staying in a housing project in New York. I said “f*ck it” and applied to colleges in cities I’d never seen; places that, for me, only existed on television. I said “f*ck it,” took out student loans, and went to medical school. I still say “f*ck it” today – most recently, when I walked away from a high-paying medical career to write a book.

I think Spencer Kimball was right about the “forcibly” part. Saying “f*ck it” is forceful and empowering. Of course, I take issue with the “feeble brain” part — but you know what? F*ck it. Everyone is entitled to his or her opinion.

Now it’s your turn. Say “f*ck it” (or, if you profanity isn’t your thing, feel free to substitute the F-bomb for something more G-rated). But whatever you say, say it like you mean it, and use it as your call to action as you start to change your life.

Are you a victim of mental slavery from negative self-dialogue? Is your family not supportive of your dreams? Do you need to go back to school to develop more skills? Is your boss an a-hole and mismanaging the company? Take that emotional energy, convert it into positive action, and say “F*CK IT.”